It is always a delight to get connected to other people, of different time and different background. Summit register is a such time travelling machine, brings you stories and adventures of your predecessors who shared the same vision and dream with you. 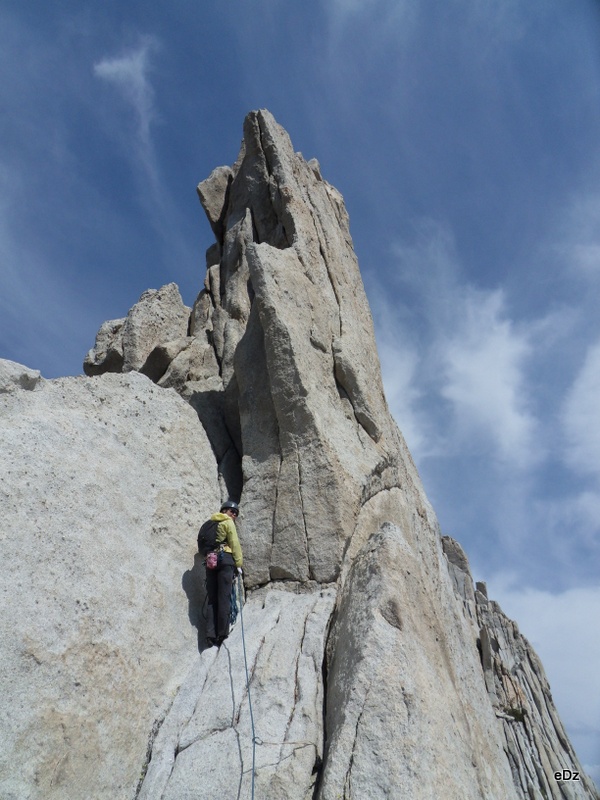 Went to Eichorn's Pinnacle in Tuolumne Meadows last weekend, which is a magificent summit little known outside of the climber community. We were the first party on route and met a party of 3 behind us, but they never made it to the summit. So was the other parties after them. 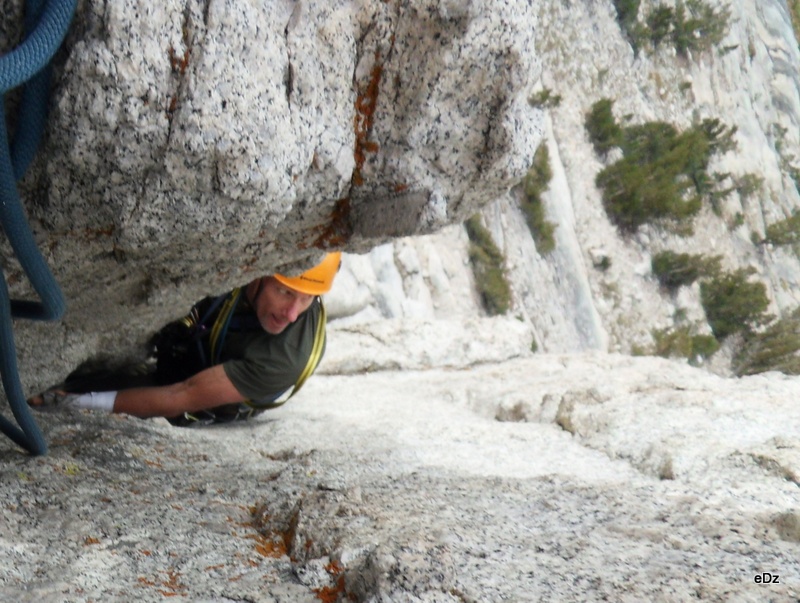 The climbing was moderate, but when you started looking around, that's when the real gem shines. You are a little dot on a needle, which stands in the middle of this widely open space. Far away there is only some azure lakes, free standing tree, and the forever lasting sky. I zipped up my down jacket, because the wind wants to take me away, but I am not ready yet. Hanging on the clif waiting for my partner to come. It's so tranquil around you, other than some occasional bird zipping by, air is the only moving entity. 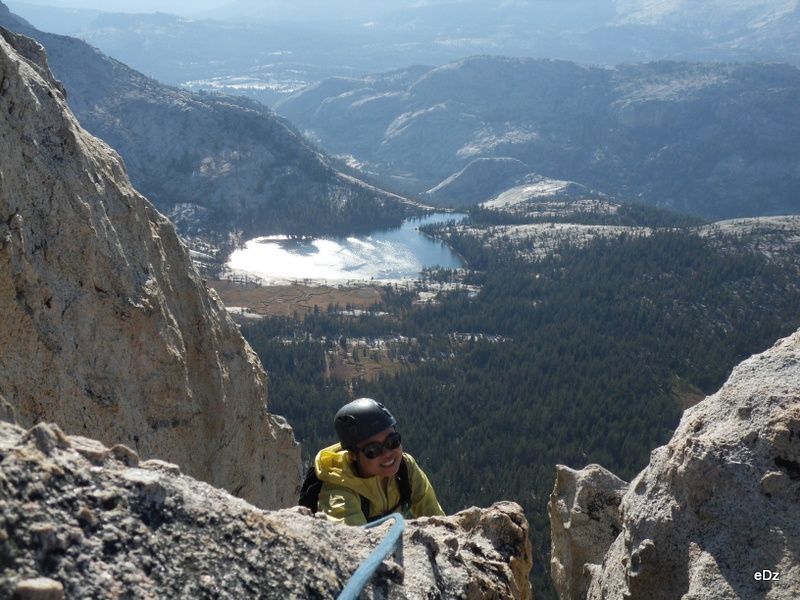 Eichorn's pinnacle can barely fit 2 people. The summit register was such a delight. So was the sight of many other climbers who got on top of Cathedral peak, which is about 300 meters away from our summit, but some 40 meters deep saddle sitting between us. Also out of the 4 bolts that's holding the container in place, three of them are dysfuntional already. Luck? Fate? 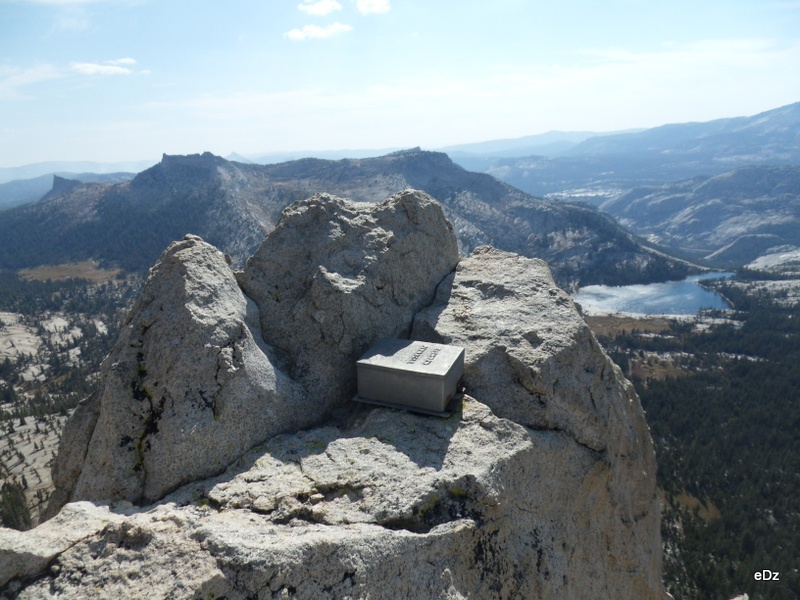 There was this amazing paper kite under a protective cover in the summit register, a souveniur from China. I guess it symbolizes a free spirit. 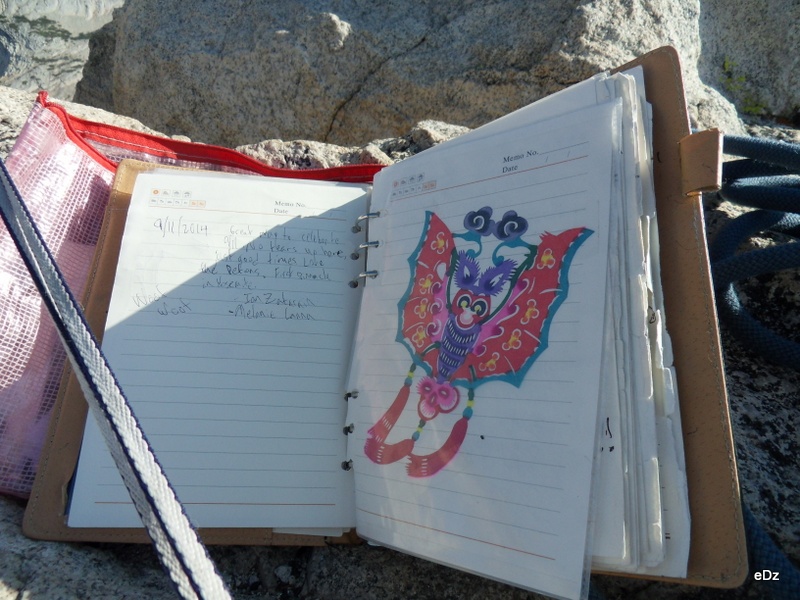 There was a fire in LIttle Yosemite Valley, which produced copious amount of PM2.5 particles, resulted in such a glowy evening. Bad air quality could produce good aesthetics sometimes. 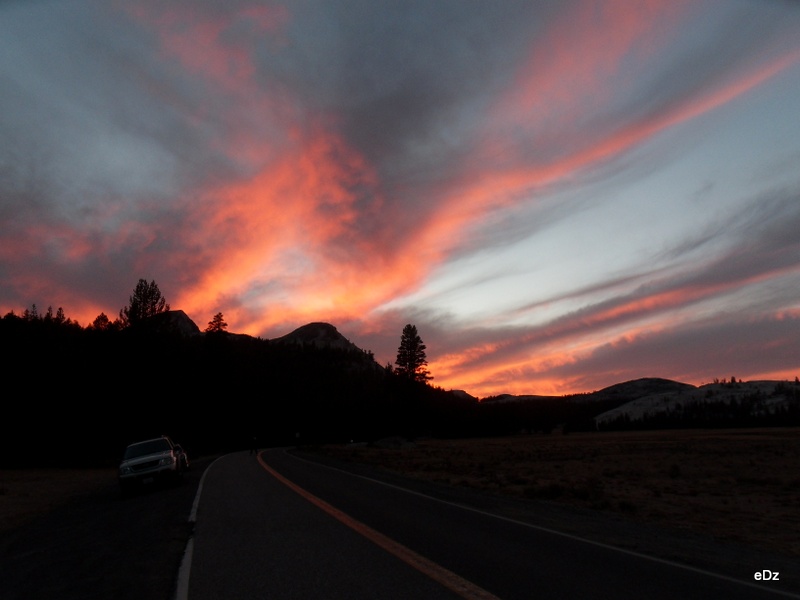